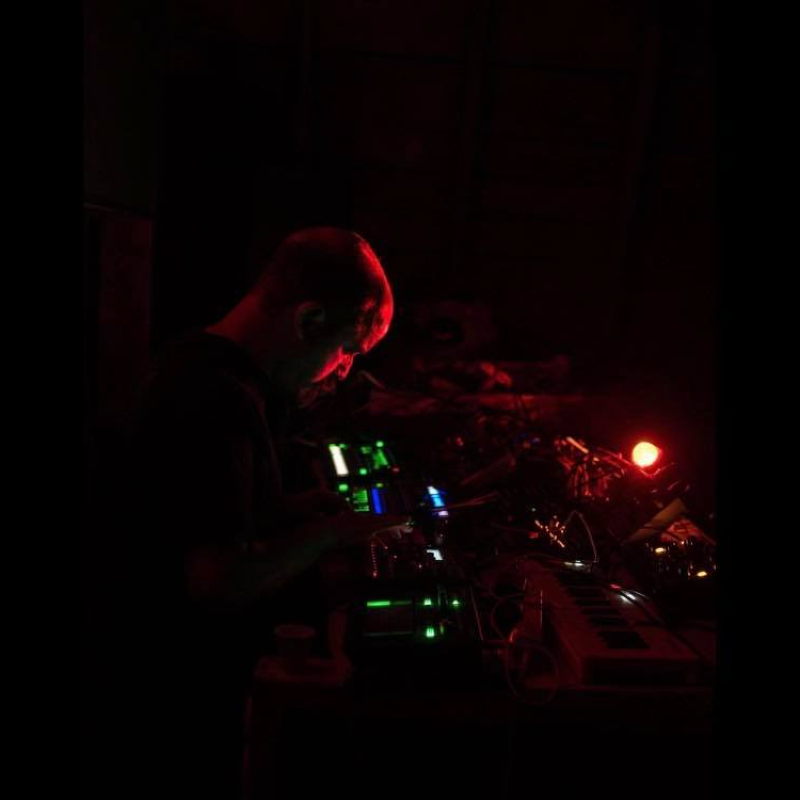 Please tell our readers a little bit about your background

I was born in Colombia. I moved to Minneapolis in 1990. I got to experience the birth of the rave scene in Minneapolis. I started going to raves in 1993. They had Mr Bill a hardcore DJ from Milwaukee and ESP Woody Mcbride playing hard acid. I was hooked. I knew I was going to continue down this path. I started to buy records and my friends worked at the record stores so every time I would go shopping I was handed a stack of pre selected records for me to go through.

I went to Europe in 1995 and got a taste of the music in Switzerland and France going to a couple of parties. I came home with more records and decided to learn how to DJ. I played a coupe of house parties and then I started playing bigger events. Around 1998 I purchased a Roland MC303 and an AKAI AX60. I had no way of syncing them but that didn’t stop me. I acquired more gear and I went to a college party in Wisconsin and instead of doing a DJ set that I was booked for I brought some of the machines and I played my first live PA in front of a crowd. I was doing live PAs and DJing all over the Midwest! 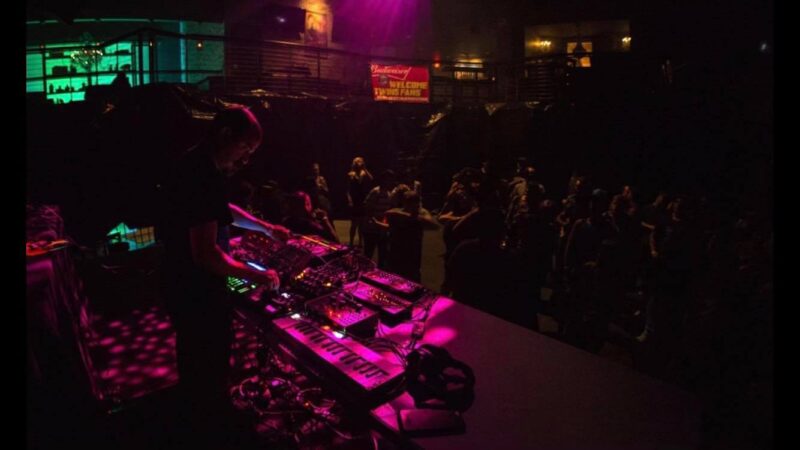 I went to Woody Mcbride’s house one afternoon for a lesson on the machines and ended up making a track on reason on his laptop with my Nord Lead 2 and some samples that I had been working on. The track was made for Aciiieeed records, a division of acid tracks Germany and Communique. I started to play with Ableton and Reason. I started performing live with 2 laptops and controllers, trying to emulate the machines. When The Roland Corporation started to make a comeback with the Aira series , I was fortunate enough to receive artist accommodations through a friend that was working for Roland. I was given early access to the machines and I decided to give the new drum machines and synthesizers a chance. I started getting gigs again all over the Midwest and beyond. I had mentors come over to my studio to show me tricks of the trade. I had Dj Slip teach me about editing tracks, Paul Birken showed me different ways to get the machines to talk to each other and I had Freddy Fresh giving me guidance in the business side of things. Freddy Fresh and I worked on some projects in his studio and he released a track that we did together on his infamous label Analog Recordings USA. Locally, I was given a lot of support from Steven Centrific From Intellephunk inviting me to play at his parties and during the resurgence of Drop Bass Network, I was booked to play many of his events. Kurt From Drop Bass gave me a lot of support inviting me to play at the Devilerance Kompound Gatherings at his house and later at the Even Furthur Festivals.

What is your favorite piece of hardware gear to work with and why?

My favorite piece of gear might have to be the TB303. I absolutely love the sound. I love the sequencer and I love the limitations that it has. It’s so simple, yet it can be so complex. I don’t actually own a tb303 but I have 4 different emulators. the Bassbot is pretty much the same thing, the Aira TB# is awesome because you can write lines in a very different way than the original. I also have the Boutique 03. And I recently got the Behringer version of the 303.

Is there a specific VST plugin that radically changed your workflow?

As far as VSTs, I used to play with Audio Realism a lot when I was doing my Ableton/Reason live PA. I have recently started to play with plugins such as IRIS 2 by Izotope to create my own sounds out of my own samples. I’m looking forward to exploring more sound shaping tools.

Do you have a specific workflow when it comes to creating tracks. For instance, do you start with a beat or with a melody?

It all depends of what kind of music I’m making. If it’s acid I will start with the bassline or lines and see what sounds work with a specific line. Multiples acid lines require them to fit together with each other without having frequencies cancel each other. after that comes the drums and then whatever other synths or sounds go on top of that.

Which aspect of music production do you feel you excel at?

Very difficult question. I think I’m pretty good at coming up with ideas for sounds that work together but then to condense the ideas into a six minute thing is a bit challenging. For me it’s a lot easier to plan out an hour live PA than to finish a song. I’m still being challenged by trying to do a one shot recording instead of laying down a track.

Your best advice to get that kick drum pounding?

I have worked on kick drums by layering kicks from different machines. I’ve been working on the shaping of the sound of the kick drum with the Elektron Analog Rytm and it’s been very rewarding. I still use other machines and samples to layer the kicks.

Out of all the productions you have made, what would be your personal favorite?

That’s another difficult question. I don’t really have a favorite production. I enjoy very much some of the tracks that I made with DJ Slip because it sounds very different that anything that either one of us has made!

What is the best advice you have for other producers in the game?

Keep on learning. there’s a lot of producers that have been doing things the same way for many years and it works but hey should keep an open mind to new technological advancements. keep working. take breaks if you need them but keep on keepin’ on!

Where can people find you online?

I’ve started working with different labels trying to make different styles of music. I’m known for my Acid sound butIalso make house and techno. keep your eyes peeled there’s a couple of projects that i’m currently working on! My music can be found on Beatport, Soundcloud, Mixcloud, Format FM. FFM0517

[This site is an affiliate of Plugin Boutique and we earn commission from sales.]