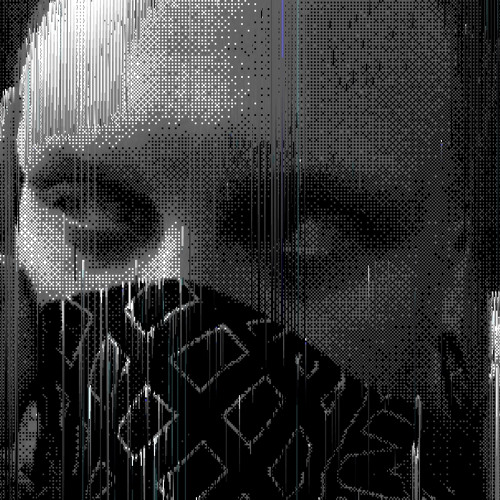 Please tell our readers a little bit about your background

Where to start with this one. Well, my background in the music and specifically techno started when I moved to Iowa around 2010 or so. Back then I was fairly new to the whole experience as I was a metal/punk kid who had just moved from Spokane WA for school. I think I went to my first underground event sometime around the summer of 2010 at this spot called the White Lightening which was this old storage warehouse outside of downtown Iowa City (pretty much a 4-5 block walk from the college bar district) which is where I met a lot of friends that introduced me to the Cedar Rapids family of DJ’s, producers and event coordinators that started me on my journey into the culture. I think the big turning point for me was my first event I attended in Cedar Rapids (IA) at this old ballet and opera hall put on by Digital Perceptions called My Apocalypse. It was the first time I had seen someone focus on dark, harder styles of techno with the lighting and venue to match the tone and that just spoke to my interests in punk and metal.

Since then I’ve worked with a lot of Iowa folks in production crews such as Mad Scientists Productions (Peter Schmeiser, Cory Simpson) which focused on bar parties before Peter moved to Denver and started doing a monthly at Beta Lounge, Label White which was a conglomerate of techno and electro djs and producers from Iowa City and Cedar Rapids, some of which came along to be a part of our Iowa|Techno collective which is our current collective project focusing on big sound systems and warehouse venues.

Production wise, I started in FL Studios back probably somewhere in the range of 2012-2013 with the guidance of my friend and mentors Dakota Rupe and Tyler Holst (FM Synthesis, The Grey Man) and then branched into Ableton while rooming with Peter Schmeiser and that’s where I currently reside with my DAW side of things. My first release was on a local label run by Dylan Newton and Tyler Holst called Kinesis Records back in 2017 and since that first release I just went kind of crazy learning and evolving into a hybrid studio of DAW and analogue/modular setups.

What is your favorite piece of hardware gear to work with and why?

I’d have to say that the Korg Monologue is still one of my favorite pieces in the studio. It was one of the first pieces I bought when I started branching into buying hardware and it’s still the heart of the studio setup. I basically use it to control my Neutron and also run the sync as my trigger for my Noise Engineering Mimetic Digitalis sequencer. It’s essentially the hub where I run a master clock from Ableton into the Monologue via a USB to MIDI and then send a sync signal out to various other machines. I honestly focus on bang for your buck in a studio setting and you can get some wild sounds out of it with very little effort. In terms of effects pedals, I’m a sucker for a good distortion and run anything and everything I can through my Earthquaker Devices Plumes pedal.

Is there a specific VST plugin that radically changed your workflow?

No contest here, Arturia MiniFilter. I use it in almost every production. It’s great for absolutely mangling whatever sound you throw at it and it’s brilliant for sub bass creation. I snagged it years back when they were running a sale on it at the suggestion of Josh Garrett and it improved every aspect of my workflow and processing in Ableton.

Do you have a specific workflow when it comes to creating tracks. For instance, do you start with a beat or with a melody?

Personally, I don’t have a fixed start point. In the past I would usually start with a percussion element and build out my drum sequences from there but lately I find myself starting by just noodling around with the modular setup and recording the exploration then building the track accordingly to the parts I like and sample out from that recording. In the end I go back and forth but mostly I spend time just exploring and enjoying the ride so to speak.

Which aspect of music production do you feel you excel at?

This question is a difficult one. Honestly I feel I’ve been making a lot of progress in just the noise and artful distortion for lack of a better term. I honestly love gritty, over driven noise and synth work coupled with a punchy and grainy kick and that’s been my main goal in production was to make stuff that encompassed that sound design. A real example of this that’s been one of my favorite tracks for years is Aert – The Underground. It’s a brutal, gritty track with these wildly dystopian screeches that still emphasizes everything about the elements to make it an enjoyable listening experience and I’ve chased that sound design since I heard it. During the quarantine I’ve been spending a lot of time just messing with distortion and signal pathways to find new ways to build and make that grit and I feel like I’ve finally got to a point that I’m satisfied with that aspect of my music.

Your best advice to get that kick drum pounding?

This one is an easy one that seems daunting at first but make your own processing and kicks. I spends hours of “downtime” just making new processing chains and experimenting to make new kick lines. To add to this though, don’t lose you high click of the kick. It’s easy to get sucked into making a really girthy and resounding low kick but that snap is just as important to making any kick shine.

Out of all the productions you have made, what would be your personal favorite?

This is definitely a hard one to put a finger on. Personally I think my favorite would be I, The Devourer of Worlds which was dropped on Aerotek Recordings Reflections VA. It’s probably been one of the most well received tracks I’ve made and it was the first track I put this kick processing I had been working and reworking the processing on for months before finally nailing the translation from imagination to execution haha. Additionally it was the first track I used my new modular setup to create the synth work on and that was a really great feeling to finally get to utilize something I had been working on building for months.

What is the best advice you have for other producers in the game?

Honestly, just have fun. It’s so easy to get siloed into the idea that everything you do has to have a purpose or you have to have an outcome from sitting in the studio and that just sucks all the joy out of it. Some of my favorite sounds and sessions that I’ve used in a track have come from just sitting down and letting the sound and machines kind of take the lead while just experimenting with twisting a knob or plugging in a patch cable. There’s a quote I love from Steve Caballero about skating that goes “Just skate for fun, don’t puck up a skateboard because you want to be a pro one day. Don’t forget why you started skating in the first place” and I think that’s wildly relevant to music to. In the end we all just are audiophiles that love make weird noises with machines. Don’t lose sight of the joy that goes with that.

Where can people find you online?

[Hammarica is an affiliate of Plugin Boutique and earns a commission from sales.]